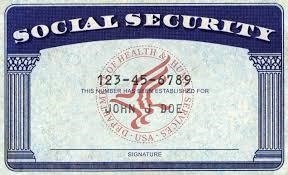 Next year’s small COLA isn’t the only adjustment related to the program.

Here are six things you need to know about Social Security for 2014. For clarity’s sake, here is a rundown of what is changing next year, and what isn’t.

Social Security recipients are getting a raise – but not much of one. Next year, the average monthly Social Security payment will increase by $19 due to a 1.5% cost-of-living adjustment, one of the smallest annual COLAs in the program’s history. Since 1975, only seven COLAs have been less than 2%. Four of these seven COLAs have occurred in the past five years, however. The 2013 COLA was 1.7%.1,2

How does Social Security measure COLAs? It refers to the federal government’s Consumer Price Index, specifically the CPI-W, which tracks how inflation affects urban wage earners and clerical workers. Social Security looks at the CPI-W from July to September of the present year to figure the Social Security COLA for next year, so the 2014 COLA reflects the very tame inflation measured in summer 2013.1,2,3

Does the CPI-W accurately measure the inflation pressures that seniors face? Some senior advocacy groups say it doesn’t. The Senior Citizens League, a non-profit that lobbies for elders and retired veterans, contends that Social Security recipients have lost 34% of their purchasing power since 2000 because the CPI-W doesn’t track rising health care expenses correctly.3

On its website, the Bureau of Labor Statistics admits that the CPI “differs in important ways from a complete cost-of-living measure.” The CPI measures increases or decreases in rents, transportation costs, tuition, food, clothing, prescription drug and medical care costs, and the prices of consumer discretionary goods and services – 200 item categories in all. Still, some prices in the CPI rise faster than others; medical costs increased 2.4% from September 2012 to September 2013, and housing costs rose 2.3%.2,3,4

The CPI-W is still the CPI of record, so to speak. That’s good for retirees, as the Congressional Budget Office says that COLAs would be about 0.3% smaller if they were based on chained CPI. Perhaps this sounds bearable for one year, but according to AARP, a 62-year-old who retired and claimed Social Security in 2013 would be losing the equivalent of an entire month of income per year by age 92 if chained CPI were used to figure benefit increases.5,6

Groups like TSCL and AARP wouldn’t mind basing the COLAs on the CPI-E, an alternative CPI that the BLS maintains to track prices most affecting consumers aged 62 and up. From 1982- 2011, the CPI-E showed yearly inflation averaging 3.1% compared to 2.9% for the CPI-W.4,5,6

So is Social Security’s annual earnings limit. This limit is only faced by Social Security recipients who have yet to reach the month in which they turn 66. In 2013, retirees younger than 66 were able to earn up to $15,120 before having $1 in retirement benefits temporarily withheld for every $2 above that level. In 2014, the annual earnings limit rises to $15,480. Social Security recipients who will turn 66 next year can earn up to $41,400 in 2014; if their earnings break through that ceiling, they will have $1 of their benefits temporarily withheld for every $3 above that level. Once you get to the month in which you celebrate your 66th birthday, you can earn any amount of income thereafter without a withholding penalty.1

Scott Weidman, CFP® may be reached at 386-308-5842 or scott.weidman@jwcemail.com www.savannahcourtfinancialadvisors.com

This material was prepared by MarketingLibrary.Net Inc., and does not necessarily represent the views of the presenting party, nor their affiliates. All information is believed to be from reliable sources; however we make no representation as to its completeness or accuracy. Please note - investing involves risk, and past performance is no guarantee of future results. The publisher is not engaged in rendering legal, accounting or other professional services. If assistance is needed, the reader is advised to engage the services of a competent professional. This information should not be construed as investment, tax or legal advice and may not be relied on for the purpose of avoiding any Federal tax penalty. This is neither a solicitation nor recommendation to purchase or sell any investment or insurance product or service, and should not be relied upon as such. All indices are unmanaged and are not illustrative of any particular investment.